I know it's been awhile, but we had a small software problem that kept us from accessing the internet. Procrastination being one of the things I'm reeeeally good at, it took three weeks or more for us to exhaust the number of friends we thought might be able to help us and get someone who really knew what they were doing. All better now and I think we can remember how to prevent this in the future. Life being what it is....just as we get the computer back the camera issued it's last mechanical whine and went to the great electronic recycler in the sky. It was time, it had been through alot. We have a new one on order and hope to have something interesting for you shortly. In the mean time, in order to satisfy your cravings, here are some random pictures taken about a month ago.

We went to Clovis Fest a few weeks ago. It's a really large street faire with music etc. Came across the Greyhound Adopt. Cen. booth. This is of interest to N and M as they were wanting to adopt a Ghound. They decided against it sensing that the bus would overwhelm their parking space. 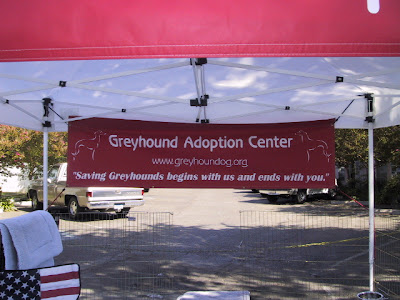 Seeing no old busses there we realized they were adopting out dogs. They are very sweet animals, known as "40 mile per hour couch potatoes". 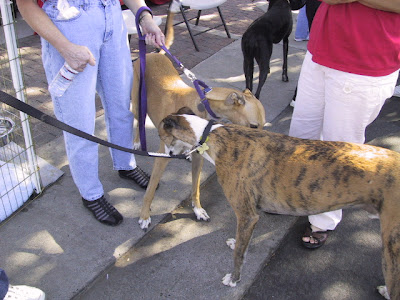 Not all of these dogs were racers. At least one had been used for hunting. If you like giant lap dogs, these guys are for you. 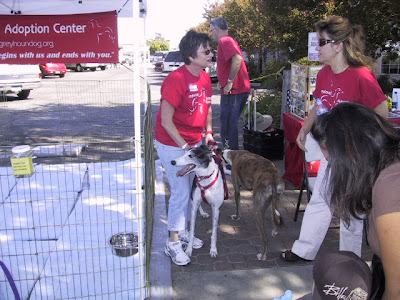 Nathan came home for his 10th HS reunion. I don't think he's changed much. He had a good time and reconnected with a lot of friends. 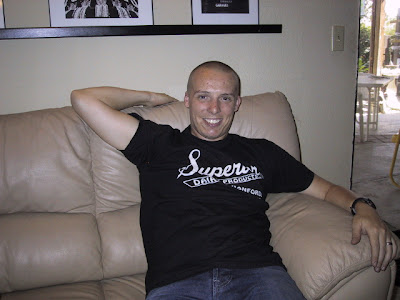 While he was home we had a hardware problem with the computer, unrelated to the later software problem. He replaced a part which turned out to not be the problem but was an upgrade. Later he found the problem and it was an easy fix. We thank him and all our other mid to lower level computer experts that we call on. 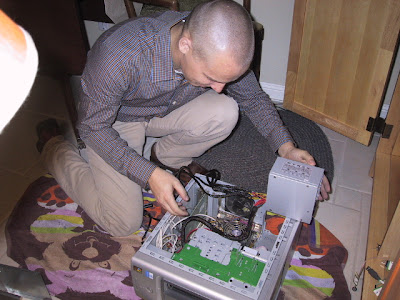 Family elevator portraits are the best. 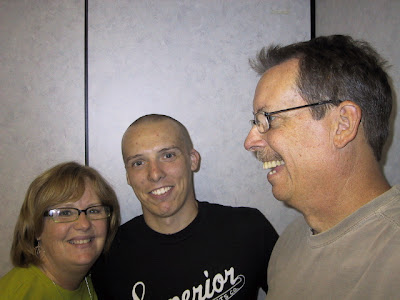 Our friends Larry and Jeanine. Is that my pituitary you can see? 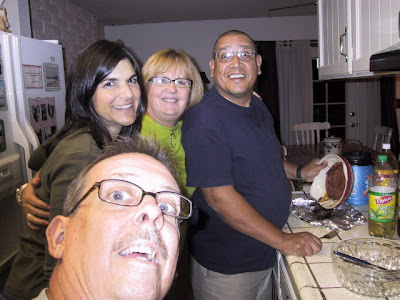 I'm driving down Fargo one day and in front of me I see the Big Orange Shaved Ice sign on this Blazer. I figured I get a good shot of it at the stop sign but he turned so I just snapped it. I had just sold Annie's truck with that same sign on it and didn't know there were anymore out there like it. It confused me totally. Still don't know who was driving or where they got the sign. 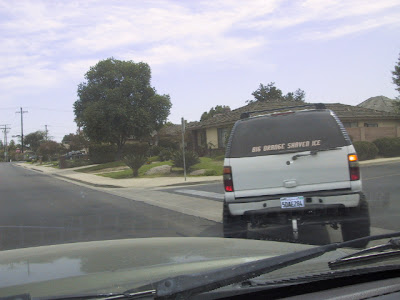 Posted by Happynhanford at 7:50 AM

Good to have you back! It's been lonely without you.

That was my brother Tommy!
annie

nice to hear from you again. can't wait to see the new camera's work. i finally have as many pictures on your blog as christian bringard. its like i'm a family member or something.

The long wait is over, welcome back, I really missed the blog

Dad-
Put up some more Kristian pics, that Nate is getting a little uppity.

pictures sure do make me feel like part of the family....