Out and Down in Las Vegas

Let's get back on track so to speak. On Monday we hopped on the monorail. To encourage rideship they cut the fare in half. For eight dollars you get a 24 hour unlimited pass. It was really cool. Parked at MGM and rode around seeing the sights and you really do get a totally different view of things from up there. We got off at the Imperial Palace (IP) where they have what they call "Dealertainers". They are dealers that are dressed up like celebs and every so often they go up on stage and perform. Most are pretty good. I would have pictures but the battery went dead and we didn't have the extra one. There was one guy that was supposed to be Alice Cooper. He looked really good but his act left alot to be desired. 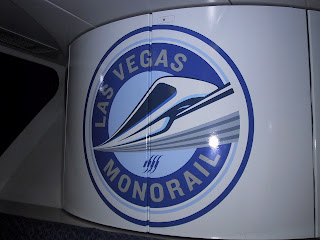 The stations are really nice but you do have to walk a ways to get to them. 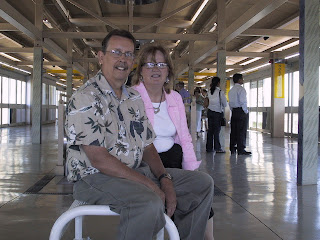 The Wynn from the monorail. 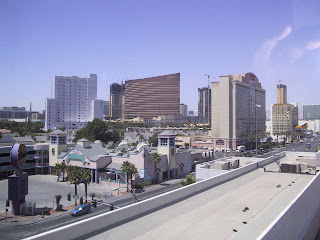 Stopped off at Paris to take some pictures. 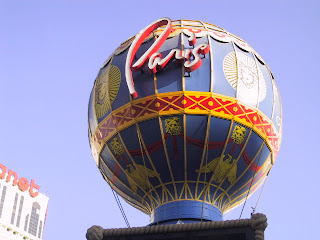 This place is just very beautiful. Everywhere you look there is some detail you see for the first time. 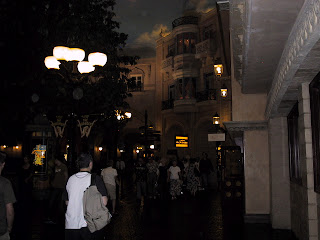 No prostate problem for this guy. 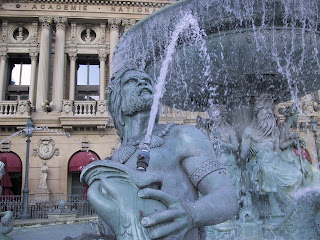 The outside is as detailed as the inside. 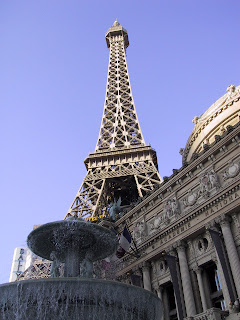 There are some really cool statues. They used to have more but have taken them out or moved them. 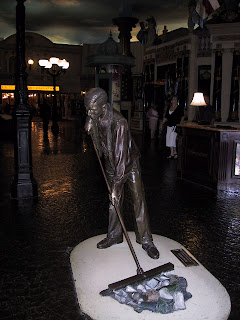 One of the scenes along a street in Paris. The French chick wanted her picture taken. 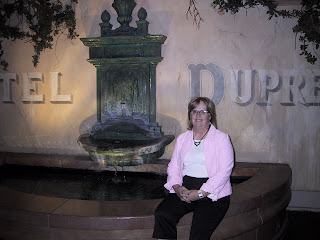 Well there she is again. 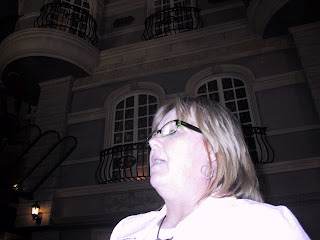 Heading home very late Mon. night on the monorail. We got our moneys worth and it was something we hadn't done before. We would ride up and down the strip just to see the sights. I'd like to do that again. 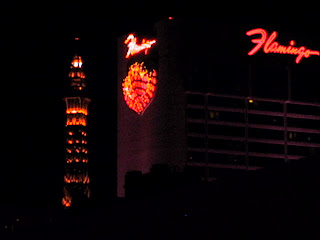 Posted by Happynhanford at 9:39 AM

It looks like you two were very busy. What is your favorite part and place when visiting Vegas? Annie