The Tues. we were in Vegas was our 31st Anniv. Where have all the years gone? So in our neverending quest to take you to places most people don't go to in Las Vegas we headed east. Had breakfast at Sunset Station, more on that later, and kept going east to Lake Las Vegas. Marlene didn't know where we were going. LLV is a very ritzy development that many of the entertainers that play LV live. On one side of the lake is a development called Monte Lago Village. It's built like an Italian lakeside town. It's very pretty but the average person cannot afford anything is the shops. Anyway my hope was that maybe we would run into someone like Celine Dion to sing to us on our anniversary. You never know. It didn't happen but it was fun anyway. 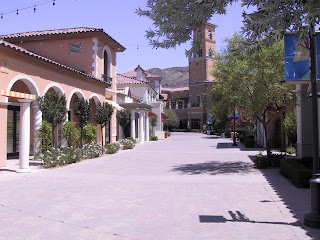 The Ritz Carlton is out of the picture to the left and there are other appartments and hotels that are built over the bridge in the background. The barge floating to the left of me is actually a floating stage where you may have seen Andrea Boccelli perform on TV. It's a cool setup and the VIPs get to sit right on the stage. 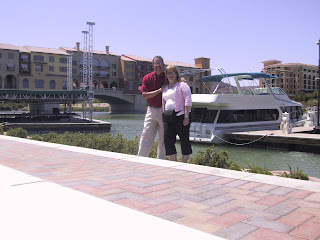 Part of the street scenes. 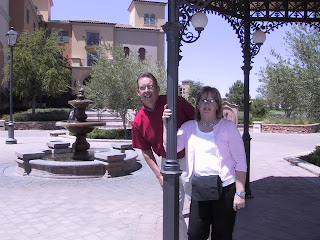 We left LLV and headed back into Henderson to the Ethel M chocolate factory. It's always nice and cool inside on a hot day and they have a great retail store where they give you samples. 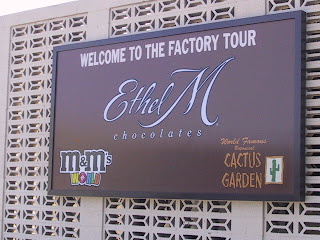 You do a self guided tour and watch the various candies being made. 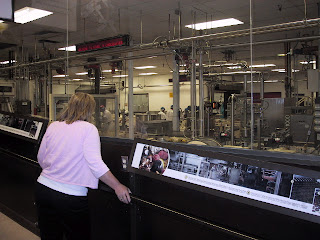 They also have the most amazing catus gardens you can imagine. Everything is represented. 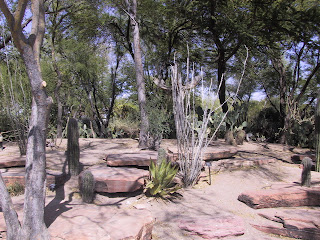 We watched these little Mocking Birds and then saw the mother watching us from up above. 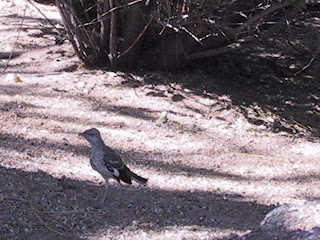 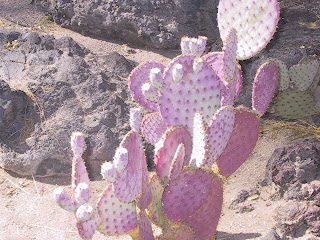 We'll wrap this trip up in the next blog or two, hope this is of some interest.


Posted by Happynhanford at 9:44 AM

Gee, maybe Las Vegas isn't so bad after all.

It looks like you guys had the run of the place, like you were in a top notch ghost town. Love the pink cactus.

Congratulations Marlene...what a milestone! It looks like you had so much fun in Vegas, sorry your husband got sick!

Looks like Las Vegas has some diverse, interesting things to do. Let's go! And, happy belated 31st anniversary!